Attorney General Godfred Yeboah Dame has reportedly called on the General Legal Council (GLC) to admit the 499 law students who were denied admission to the school after  examination.

According to sources, the Attorney General in a letter to the GLC raised concerns over the perception “of a lack of transparency and doubts about the integrity of the admission processes into the Ghana School of Law, created by the manner in which the admission processes were handled by the GLC in 2021, as well as the enormous public interest generated thereby. 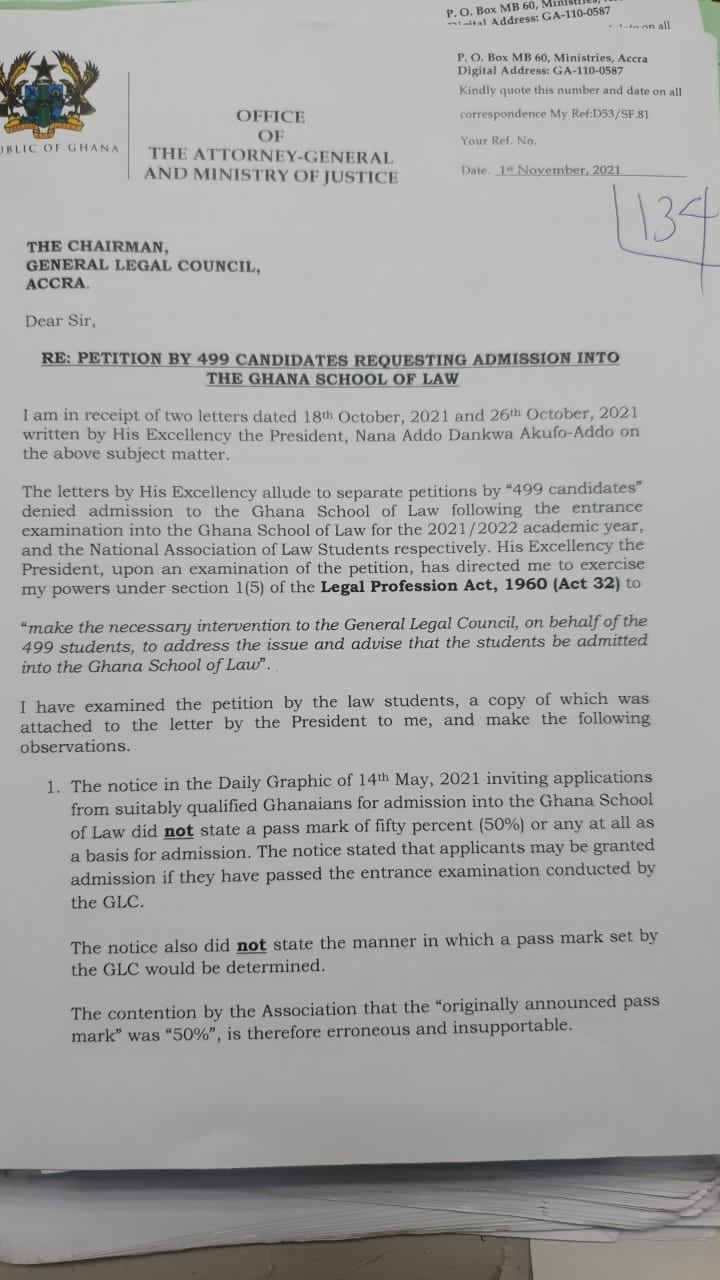 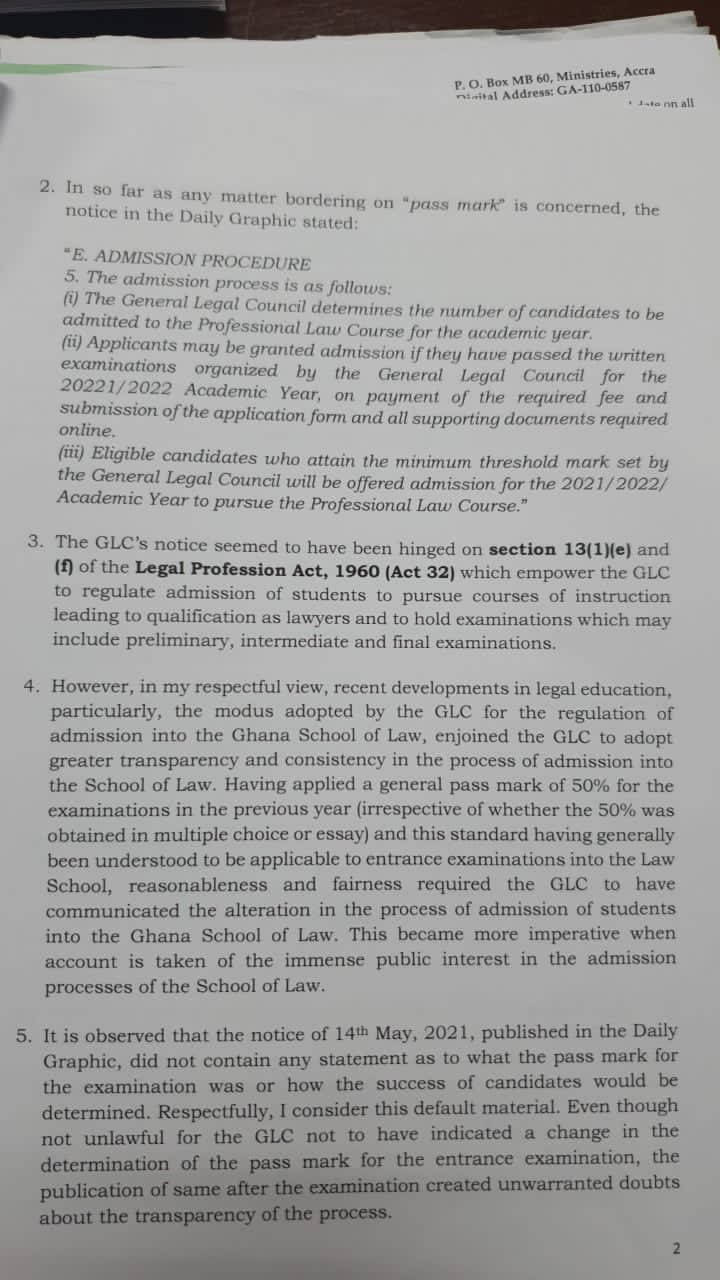 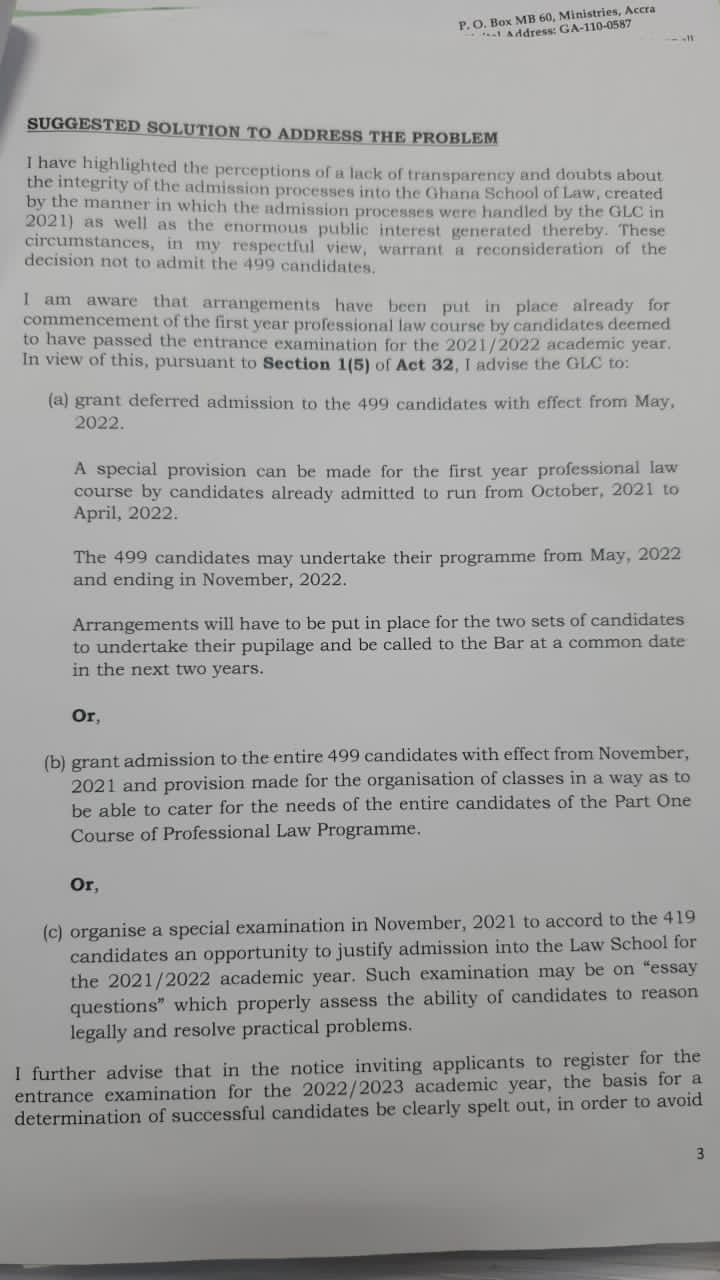 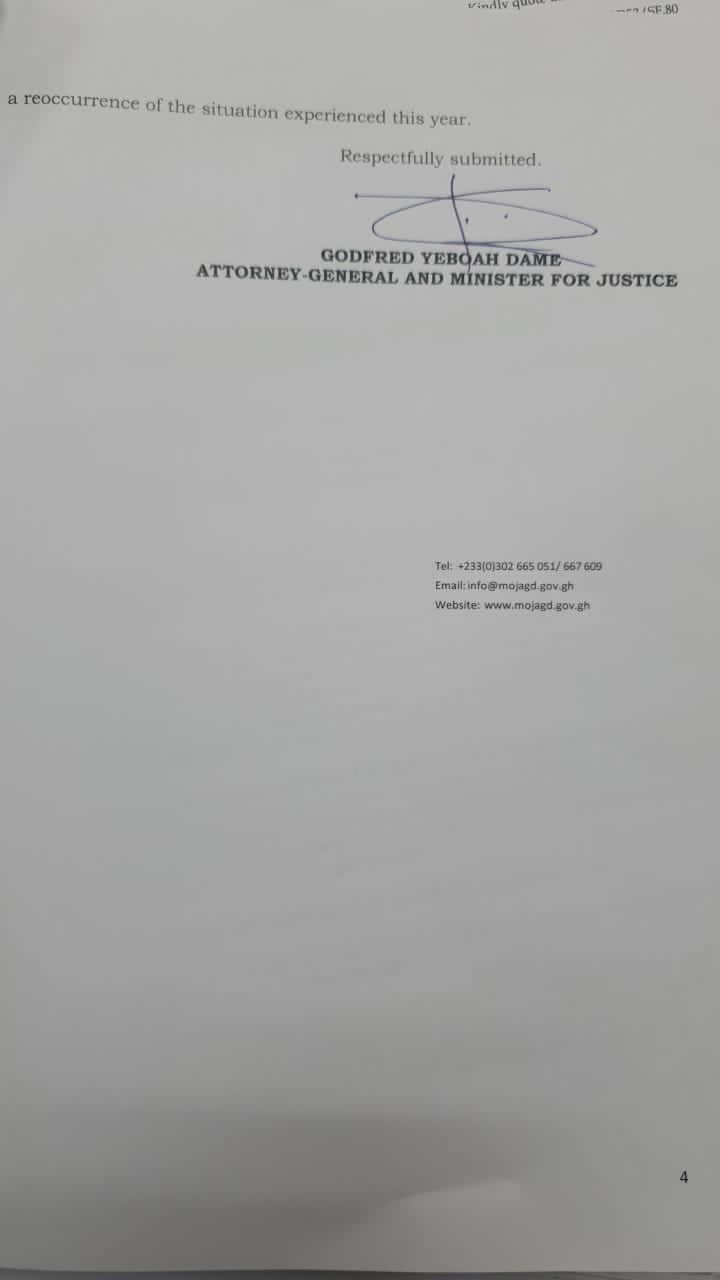 “These circumstances, in my respectful view, warrant a reconsideration of the decision not to admit the 499 candidates. I am aware that arrangements have been put in place already for commencement of the first year professional law course by candidates deemed to have passed the entrance examination for the 2021/2022 academic year”.

The letter to the GLC further suggested: “A special provision can be made for the first year professional law course by candidates already admitted to run from October, 2021 to April, 2022. The 499 candidates may undertake their programme from May, 2022 and ending in November, 2022. Arrangements will have to be put in place for the two sets of candidates to undertake their pupilage and be called to the Bar at a common date in the next two years” the AG recommended concerning his first proposal”.

It comes on the back of attempts by the minority to pass a censure vote on the Attorney General over the law school admission impasse.

The NDC members of the chamber have reportedly gathered enough signatures to trigger the process and are awaiting the arrival of Speaker Alban Bagbin who is currently out of the jurisdiction.

A vote of censure is a vote of no confidence in the minister which will result in his removal if successful.

The House on October 29 passed a resolution for the General Legal Council to compel the Ghana Law School to admit the 499 students who sat for the 2021 entrance exams and passed in accordance with the marking scheme as advertised.

In a response to Parliament, the Attorney General said Parliament is “devoid of the power through the use of Parliamentary resolutions, to control the process of admission into the Ghana School of Law. The mode of exercising legislative power enshrined in article 106 of the Constitution does not admit resolutions.” 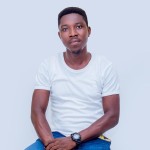 Student at University of cape coast, reading Bachelor of commerce in Accounting. Live in Accra - Tema. Being informative is what I like. Always surfing for information and doing more research about issues in our society and nation and sharing it with friends and families.